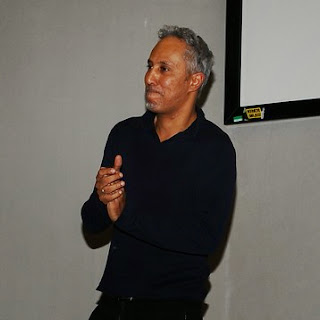 Alessandro Ghebreigziabiher, author, playwright, storyteller, stage actor and director, was born in Naples in 1968, to an eritrean father and an italian mother, or between two south, as he likes to say. He currently lives in Rome.
Since 1994 he conducted workshops and experiential laboratories on theatre, storytelling and social animation in clinical and therapeutic institutions, as much as drug addiction rehabilitation and mental health communities, in several conferences on education subjects offered to professionals.

He is a graduate in computer science from Sapienza University, Rome, where he also studied acting with Saverio D'Ercole. He attended many acting courses, one in particular with Gary Brackett from The Living Theatre of New York. From 1994 to 2002 he attended meetings on managing and leading a group by the psychoanalyst Harold Bridger (founding member of the Tavistock Institute).
His first book, Sunset (Tramonto, Italian edition, Lapis, 2002, Tempesta Editore, 2017), in 2003 was selected by the International Youth Library (IYL), in Munich, Germany, for the White Ravens, a mention for children books from around the world that they consider to be especially noteworthy. 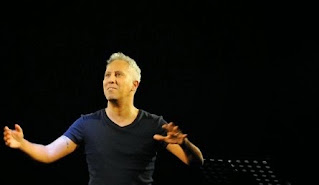 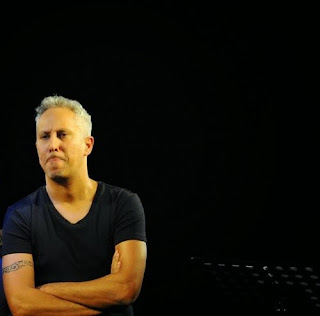 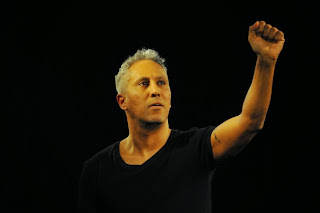 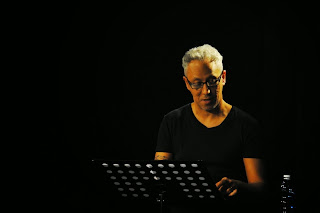 2014: Festival of People, Chieti.
2016: 15° National Meeting World Culture and Literature, Ferrara
He is coordinator of the international storytelling network Red Internacional de Cuentacuentos.
In 2005 he created the Theatre Storytelling Laboratory, becoming artistic director of the Italy Theatre Storytelling Festival, “The gift of diversity”.
In 2016 he founded the international network of narrators Storytellers for Peace.
Since 2009 you can read the English version of his Blog and watch clips on his Youtube Channel, where he creates stories inspired by news gathered in the press, with the following motto: If news is often false, we have to read stories.